Yesterday I had an awesome day up on the mountain. We had breathtaking sunny skies, just enough wind to send snow from the trees sparkling through the air, and up on Blackcomb the crews opened the top two lifts in the alpine, granting us access to 3 ½ feet of untouched powder that had accumulated over the week. It was glorious. By the end of the day, I was cold, tired, and starving.

Had this been a normal family ski weekend and not “Lindsey moves solo to the mountains,” my mother most certainly would’ve had the perfect treat waiting for me when I walked in the door. But unfortunately, the only snack I had lying around was some old beef jerky left over from my road trip. 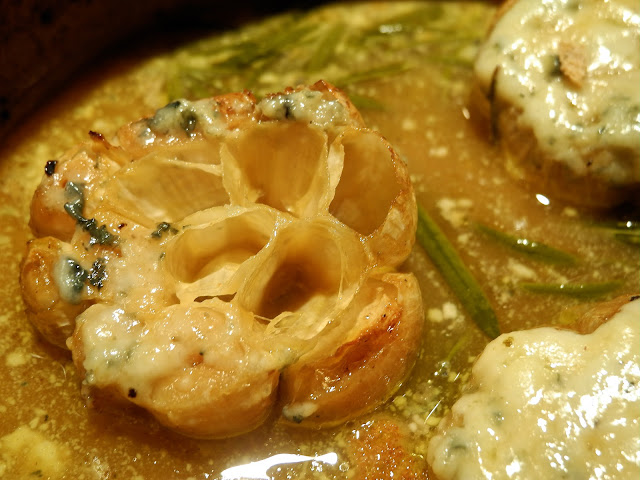 I can’t say I didn’t devour the beef jerky, but that protein boost gave me just enough energy to prep my favorite appetizer, pop it in the oven, and lounge in the hot tub with a beer until it was ready. Once out of the oven, these cloves of garlic are so soft they spread like butter and can only be improved with a dip into the heavenly rosemary and white wine sauce surrounding it. This is so good you can single handedly eat an entire head of garlic yourself. But while it tastes like heaven, consider yourself warned: it can make you smell like the devil.

Favorite ski song of the moment:

Recipe after the jump

Preheat the oven to 400 degrees. Begin by removing the white papery outside from each head of garlic. Once removed, cut the top ½ inch off of the head to expose the individual cloves. 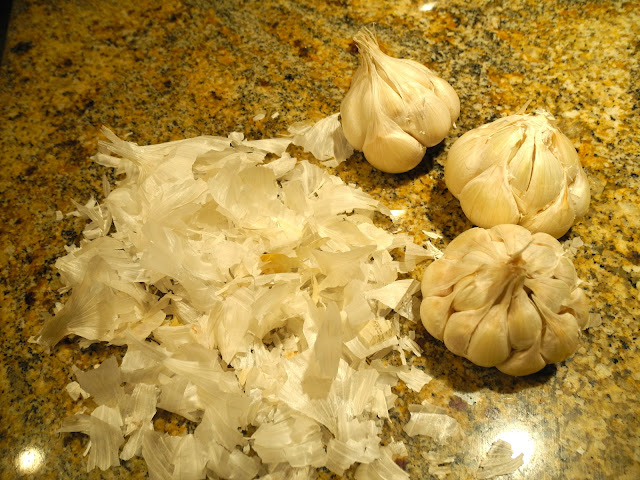 Set the garlic root-side down in an oven-proof bowl that is at least as deep as the cloves are tall. 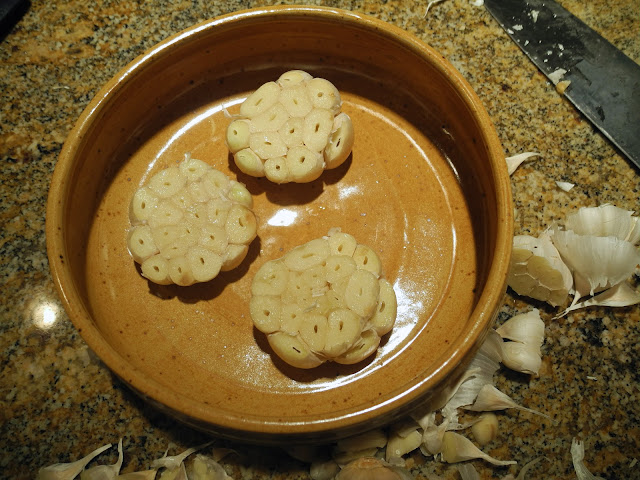 Once arranged, drizzle the heads with olive oil and pour equal parts chicken broth and white wine into your bowl. For my dish, 2 cups of liquid came almost to the top of each clove, but depending on your dish you may need more or less liquid. Don’t skimp, though, the sauce keeps the garlic from drying out and once it cooks down it is almost as good than the garlic itself. 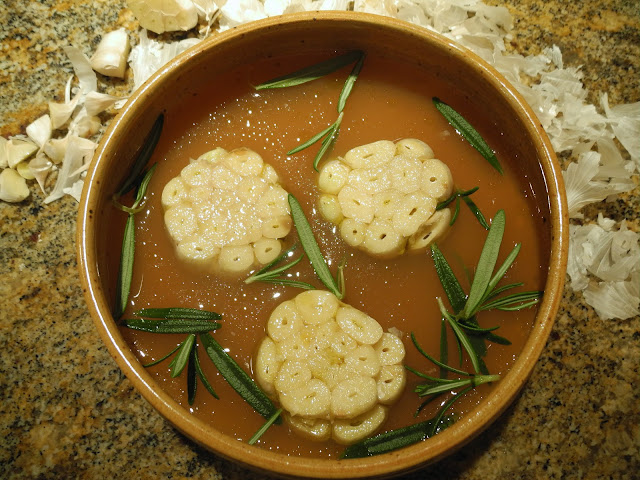 Add rosemary needles to the broth and finish each head of garlic with a dollop of butter and seasoning with salt and pepper. 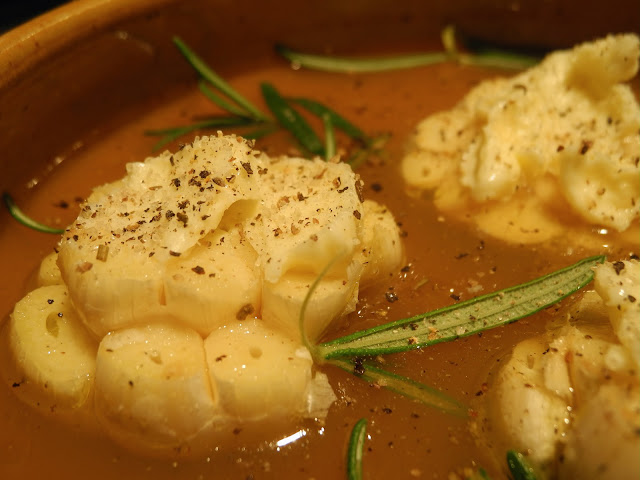 Bake for one hour, checking every 20 minutes or so to baste the heads with the broth. After the cloves have browned and an inserted fork is met with little resistance, cover each head of garlic with blue cheese crumbles. 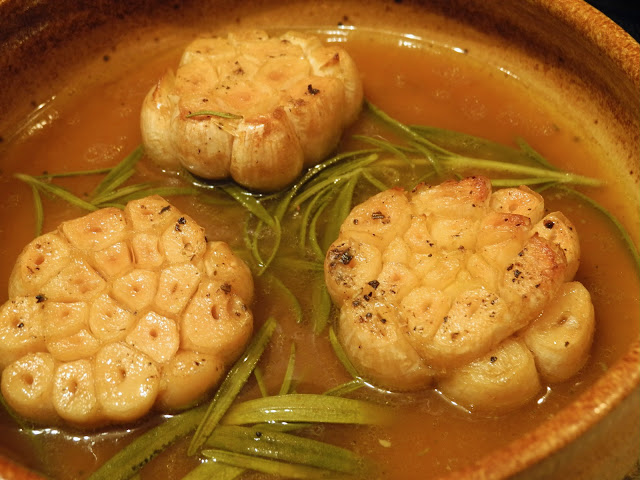 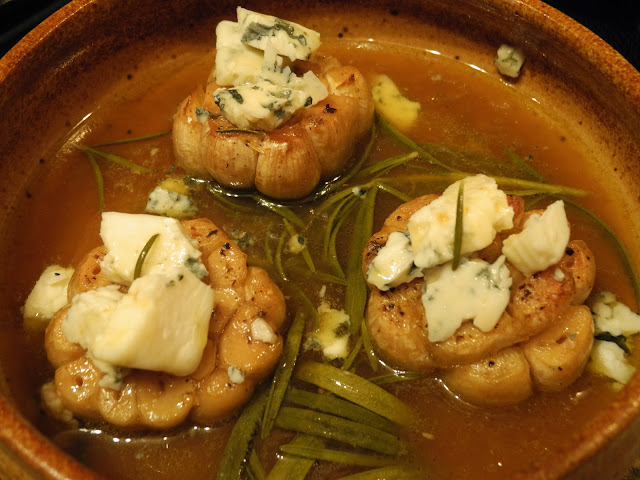 Return the dish to the oven until the cheese has melted down into the cloves. 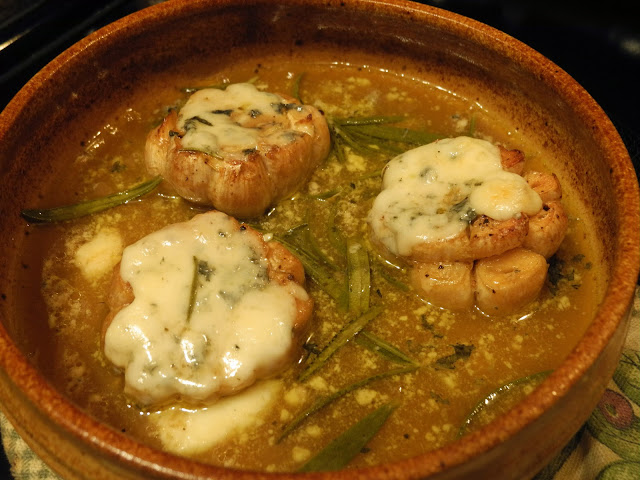 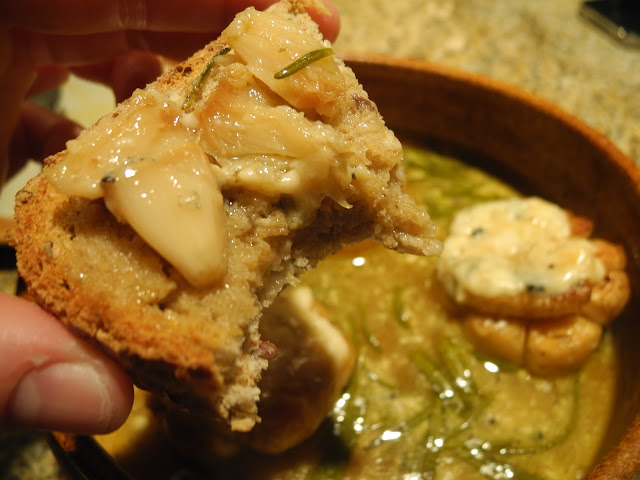